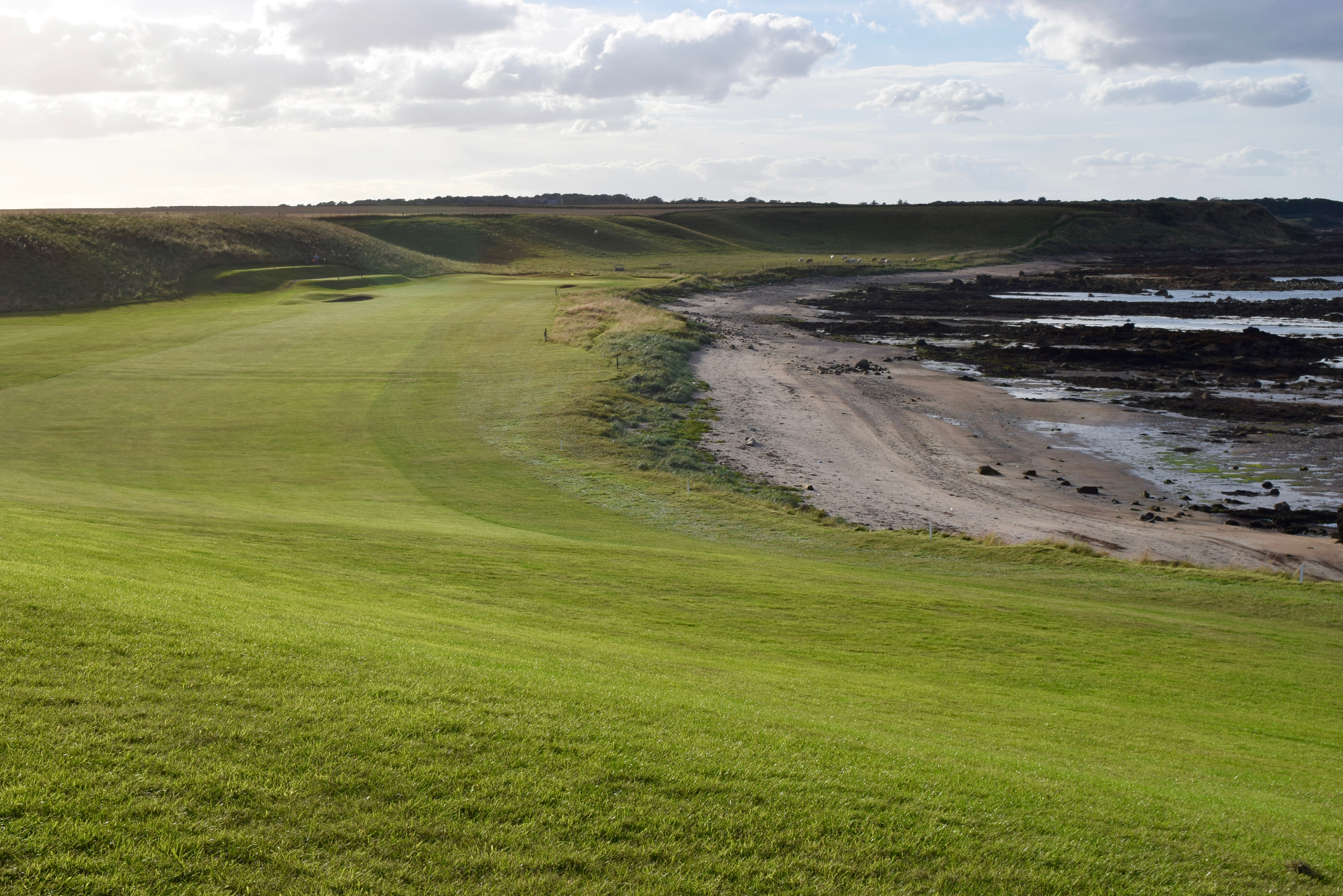 CRAIL, FIFE, Scotland — To this old little village on the Firth of Forth, in this region of Scotland north of Edinburgh known as the East Neuk, the golfers come from the United States, and Scandinavia, and Germany and France and elsewhere.

They come, quite typically, because Crail is about 20 minutes from St. Andrews, home of the Old Course, the birthplace of golf.

So they come to Fife play the Old Course, and maybe the New Course or the Castle Course, all in and around St. Andrews, or places like Carnoustie and Kingsbarns, but then to fill out their dance card, they come to Crail, generally to seek out the older of the two courses here, Balcomie Links, owned by the Crail Golfing Society, which dates to 1786, the seventh oldest golf club in the world.

The lure is that Balcomie Links was laid out by Old Tom Morris, the first nine in 1895 and the second nine four years later. And then there’s the fact that the course features numerous holes right on the water, and every hole within view of the sea, so that the views are priceless. And maybe, too, before taking on the big tracks, or after getting beat up by them, a golfer doesn’t mind a par 69 course that plays only 5,861 yards from the white tees, and 5,402 from the yellow markers.

“I think it’s a nice fun golf course, and I think that’s what attracts a lot of people play it,” assistant pro David Snodgrass said Saturday. “It’s not the longest golf course in the world. We quite often refer to it as a short long golf course, because it probably plays longer than the yardage with the long par 3s, challenging par 3s.

The course has three par 5s, and six par 3s, four of those over the last three holes, including a par 3 finishing hole, and if that seems odd, well, that’s not the only odd thing about Balcomie Links.

It’s not an expansive piece of land; tee boxes often seem just a few paces from greens; more than a few signs warn golfers not to hit while the green in front of them is occupied — a different green than the one they are about to play, mind you — or to wait until a tee box in the line of fire has been cleared.

“Very quirky, very unique,” is how Snodgrass put it.

You’d think this would be a place in which golfers are frequently struck by errant shots; Snodgrass said that, thankfully, that’s rare. But he admitted, “the greens and the tees being so close to each other, you wouldn’t design a golf course like that anymore. That’s kind of unique to the age of the golf course, how old it is, and the size of the land as well. It’s quite small.

“There are quite a few crossing points, where there are tees on the other side of fairways, and you have to cross over where you just played. … Because of the interesting layout sometimes visitors can get quite confused as to where they’re going. It’s not the way you would design a golf course nowadays. It’s quite a quirky layout.”

The first five holes are bordered by the Firth of Forth, to the right.

“One of the things we always say to visitors is that when you’re playing the first five holes, you’ve got the whole of Scotland on your left-hand-side so don’t hit it right, keep it left,” Snodgrass said.

About 50 percent of visitors, who account for 10,000 rounds a year at Crail, come from the United States, Snodgrass said. The Crail Golfing Society itself has 1,500 members, but many live overseas, with only 300 or 400 locals. The price of membership in the Crail Golfing Society is stunningly small, just 450 British pounds per year, or roughly $600.

In personality, the Crail Golfing Society seems far less privatel and quietly formal than such places as Western Gailes or the Golf House Club, Elie Links. The presence of a second 18-hole course, Craighead Links, adds to the busier, more visitor-destination atmosphere. Craighead, which opened in 1998, is the first solo design by golf architect Gil Hanse, now A Big Name in the industry, and the designer of the course used in the Rio Olympics.

“The majority of visitors play Balcomie, because it’s an Old Tom Morris design and because a lot of people who have played here in the past, before Craighead, they associate Crail with Balcomie so that makes it more popular of the two courses,” Snodgrass said. “I think a lot of golfers like the fact that you are right next to the seaside.

“Craighead overlooks the coast, but you can’t hit hit your ball into the seaside, but if you hit a wayward shot at Balcomie you can hit it into the sea.”

Anywhere from 64 to 73 percent of visitor rounds are played at Balcomie Links, Snodgrass said, though Hanse’s rising prominence has led to more interest in Craighead, which is longer and considered more of a championship-style course with a par of 71 and playing 5,400 yards to 6,725 yards.

“They’re both so different,” Snodgrass said. “Balcomie is an older golf course, very quirky, very unique, whereas Craighead is much longer, more challenging, the greens are smaller and more undulating. It’s two completely different golf courses, which is nice.”

At the invitation and intercession of David Connor of VisitScotland, I played Balcomie Links on Saturday with three Northwest colleagues in golf journalism:

Former Register-Guard sports editor and columnist (and then of the Seattle Times) Blaine Newnham, one of the most respected golf writers in the Pacific Northwest, author of “America’s St. Andrews” about the construction of Chambers Bay; Tom Cade, director of communications for the Pacific Northwest Golf Association and editor of Pacific Northwest Golfer Magazine, and Rob Perry, the immensely gifted photographer (and golfer) who specializes in golf courses.

It was a very fun round. The most compelling holes include No. 5, a 447 yards (from the whites) par 4 that curves around the water, and was lengthened from the original design in the 1990s when the course acquired more land; called Hell’s Hole, it’s been called the hardest par 4 in Scotland. The 13th hole is a par 3 that plays 214, rising over a mound toward the pro shop and parking lot, a version of the Alps; No. 14 is a shorter par 3 that plays from and elevated tee to a bunker-guarded green below.

Cade, a 1.4 handicap, was our medalist, shooting 73 from the whites. Perry, a 4.4 handicap, shot 76 . Newnham and I both shot 90 from the yellow markers, but Newnham won the daily match-play competition of former Register-Guard sports editors, 2-and-1, to clinch the overall match in Scotland 5 to 3, with one draw.

I played decently enough, for me, but missed too many putts, among other flubs, and was left to rue an errant tee shot on No. 7 that went out of bounds, over an old stone wall and “into the cabbage,” as golfers say, my only lost ball of the day. And it was literally into the cabbage, a huge field, and not exactly Mr. McGregor’s garden.